Villa Della Torre, one of the most interesting and exquisite jewels of the Italian Renaissance, was designed by Giulio Romano and Michele Sanmicheli between late 1440 and 1562, according to the model of the ancient Roman Domus. Purchased by Marilisa Allegrini in 2008, it now houses a Wine&Art Relais and is home to the Villa Della Torre winery, a project managed by Marilisa’s daughters, Carlotta and Caterina.

Make a reservation Discover the Villa 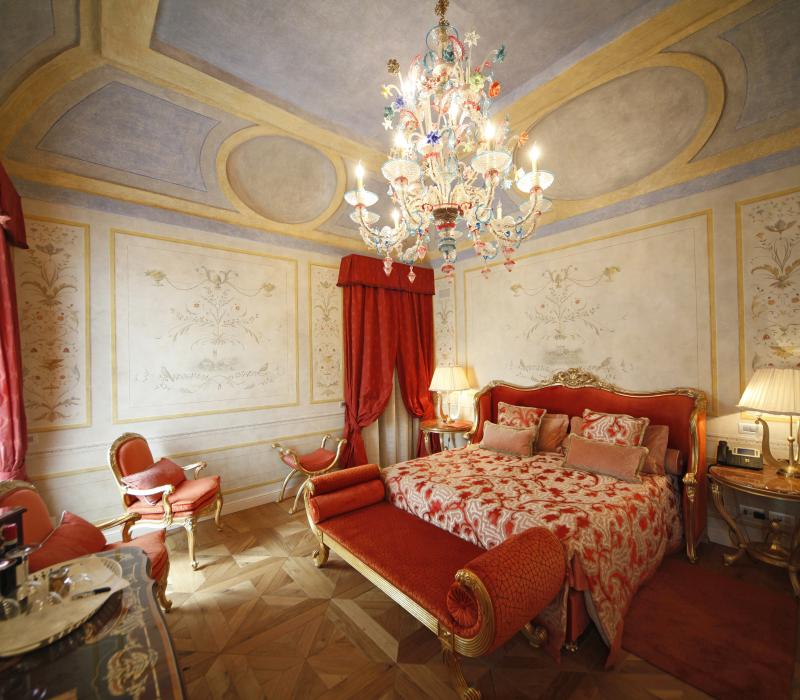 The building, completed in all its constituent parts around 1560, is mainly attributed to the determination and intuition of Giulio Della Torre, a learned intellectual and humanist who entertained important social, political and religious relations. As regards the architectural authorship of the Villa, which the inhabitants of Fumane still call ‘el palasso’ (the palace), various hypotheses abound. Among the inspirers and artistic movements that helped to define the project, one can certainly cite the great Giulio Romano, author of the Gonzaga Family’s Palazzo Te in Mantua, Michele Sanmicheli, the architect of the chapel mentioned by Vasari in his biography ‘Lives of the Artists’, and the chief decorator Giovanni Battista Scultori.
The originality of the building lies entirely in its conception. It was not only a country house built for utilitarian purposes and connected to the agricultural activities of the estate, but also a place conceived for the peace of body and soul according to the canons set out by authors of the Latin period, so beloved by the Italian humanist tradition. Indeed, if the texts most often considered by artistic curators of the Villa seem to be those of Vitruvian origin, recent historiographic interpretations attribute a role to biblical passages, in which it is possible to trace a constructive path in the Villa from the lower (Hell) to the upper reaches (Heaven) . This represents a mix of secularism and a sense of the sacred that is completely consistent with the personality profile of the Della Torre family, who were committed humanists but also had strong links with the Church, especially with the great bishop Gian Matteo Giberti and the milieu of the Spirituals.